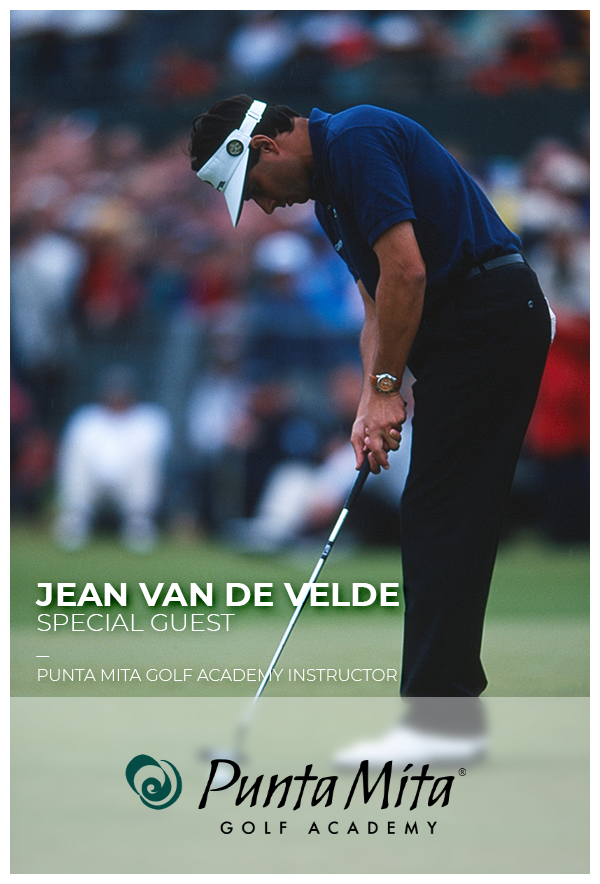 Frenchman Jean van de Velde is a two- time European Tour winner and finished in the top 20 of the European Order of Merit, a tour he played on for over 20 years. He came close to winning The Open Championship in 1999 and also played on the PGA Tour in 2000 and 2001. Jean was a member of the 1999 Ryder Cup and represented France in the World Cup on 12 occasions and Alfred Dunhill Cup on six occasions.

Since becoming a certified instructor and author of a book dedicated to golf swing mechanics entitled, “Les Clefs de votre Swing,” Jean opened the Jean van de Velde Golf Academy at the Golf International of Roissy in Paris France in September 2020. Jean also has an online academy, plays and promotes tournaments on the Legends Tour in Europe, and commentates all major tournaments and the Ryder Cup on French TV.

Jean will be offering instruction at the Punta Mita Golf Academy over the following dates:

We look forward to welcoming you for this unique opportunity to polish up your game this summer with Jean van de Velde. Whether you’re an aspiring professional or simply looking to lower your handicap, be sure to come and visit Jean at The Punta Mita Golf Academy this summer. For more details on instruction fees, special outings with Jean or further details please reach out to Proshop – proshop.pun@fourseasons.com